Apple dropped new hardware today with the M2 Pro and M2 Max 14” and 16” MacBook Pro models as well as the M2/M2 Pro Mac Mini. While past Mac releases only merited a press release, Apple actually published a full 19-minute announcement video this time around which brings us a detailed look at the latest Mac members.

The video starts off with the introduction of the new Mac Mini, which retains the same design as its predecessor, but gets the new M2 and M2 Pro chipset options as well as more memory and storage options. The baseline M2 Mac mini comes with the M2 chip (8-core CPU, 10-core GPU), 8GB unified memory with 100GB/s memory bandwidth and a 256GB SSD. This system only supports two displays while the M2 Pro chip version can handle up to three monitors. M2 Pro Mac mini is configurable with up to 10-core CPU and 16-core GPU with up to 24GB LPDDR5 unified memory and 8TB of storage. 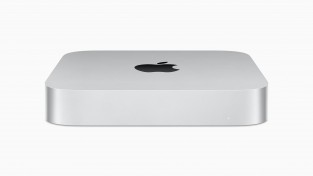